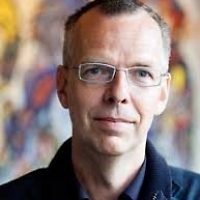 Project leader:
Gijsbert Oonk
Gijsbert Oonk (1966) a Global Historian whose research and teaching activities are in the field of Global History, especially African and Indian History, Migration, Citizenship, Capitalism and Inequality, and Sport. Gijsbert is project leader of a new research project on History, Sport and Nation that has been awarded a prestigious Research Excellence Initiative (REI) grant of 417,000. This interdisciplinary research project is titled 'Sport and National Identity: Changing Citizenship and the Global Battle for Talent'. The grant solidifies interdisciplinary collaboration between three departments: the Department of History and the Department of Media and Communication as well as the Department of Sociology contribute to this new and innovative project. In this research we look at the correlation between citizenship, nation and state. This has been called into question over the last few decades. States increasingly accept imported or migrated talent to promote the name and fame of the nation. On the one hand, this increases the freedom of mobility and options for talented athletes. However, on the other hand, if nations wish to increase their chances in sport by allowing non-nationals to earn their medals, something is lost in the nation.
In his earlier research Oonk was in interested in the role of South Asian (Indian) migrants and settlers in East Africa. He finalized his research project with a monograph: Settled Strangers: Asian Business Elites in East Africa 1800-2000 (Sage Publication 2013).
... Read more Dr. Christian Ungruhe
Christian Ungruhe will join the Sport and Nation project at ESHCC Christian Ungruhe (1979) is a social anthropologist working on topics in the realm of migration, youth, work and sport in West Africa. After obtaining his Master degree from the University of Münster (Germany) in 2005 he embarked on PhD project at Bayreuth University (Germany) that dealt with the relationship between internal migration practices and the negotiations of life phases among young people in Ghana. Beside this, he started to develop an interest in African football migration and worked in a project on the trajectories of West African players to Europe and their role in communicating and reinforcing images and racial stereotypes about Black people in Germany. After completing these projects he moved to Aarhus University to work in a postdoc project on after career life course trajectories of West African footballers in Northern Europe (2015-2019). His work particularly dealt with players ambivalent experiences of precarity and their communication in transnational settings (e.g. with kin and friends at home). From November 2019 he will join the research group Sport and Nation of Prof. Gijsbert Oonk as Marie Curie LEaDing Fellow. In his project he will follow West African footballers who pursuit professional contracts in South East Asia. Undertaking a longitudinal approach, he will particularly work with players who he has accompanied since 2010 and looks at the processes of their social and geographical mobilities and subjectivities on the road and in the making. Selected Publications in the field of football migration:with James Esson (2017): A social negotiation of hope: male West African youth, waithood and the pursuit of social becoming through football, Boyhood Studies 10 (1): 22-43.(2016): Mobilities at play: the local embedding of transnational connections in West African football migration, International Journal for the History of Sport 33 (15): 1767-1785.(2014): Natural Born Sportsmen. Processes of Othering and Self-Charismatization of African Professional Footballers in Germany, African Diaspora 6 (2): 196-217.
... Read more Jasmin Seijbel
JasminSeijbel (1992) is a PhD candidate at the Erasmus School of History Culture and Communication (Department of History). Her research involves educational programmes toprevent discrimination and antisemitism in football stadiums. In this project she collaborates with major stakeholders in the field, including the Fancoach project of Feyenoord and the Anne FrankHouse. It is Feyenoords explicit ambition to eliminate anti-Semitic hate speech from their stadium. In order to do so Feyenoord invites penalised supporters to develop knowledge and understanding of the Holocaust through an educational programme. Jasmin researches Feyenoords educational programme; its opportunities and limitations. She investigates which histories are told and the intended and unintended short- and long-term effects of the programme.
Before she started with her PhD project, Jasmin obtained a Masters degree in Global Historyand International Relations from the Erasmus University Rotterdam, the Netherlands and a Masters degree in Cultural Anthropology and Development Studies from KU Leuven, Belgium. For her Anthropology master thesis, she conducted fieldwork in South-West Uganda in order to understand the social, cultural and politicaldevelopment accompanying rural to urban migration. During her studies she developed an interestedin topics such as; migration, belonging, identity, and discrimination. After
graduation Jasmin worked for a Language School in The Hague. Where she
implemented and oversaw Language Training Projects to improve thejob market position of job-seekers with a migration background in close collaboration with themunicipality. 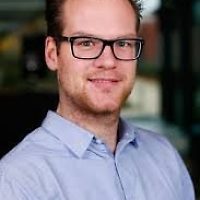 Gijs van Campenhout
Gijs van Campenhout (1986) holds a Research Masters degree in Regional Studies (2011) from the Faculty of Spatial Sciences, University of Groningen, and an Educational Masters degree for Pre-Higher Education Teaching in Geography (2012) from the Faculty of Behavioural and Social Sciences, University of Groningen. For his Research Master thesis, Gijs combined two of his passions: Sport and Geography. This research focused on place making activities of rugby players at their New Zealand rugby club representing the (local and national) identity of the place. Furthermore, these activities were considered as the (masculine) identity formation of the players. In a revised form, Gijs his thesis is published (in 2014) as an article in the journal Gender, Place and Culture: A Journal of Feminist Geography'. In his PhD project, Gijs maps the (historical) occurrence (how often and why) of nationality transfers of football players in the FIFA World Cups (1930-2014). Based on this mapping, Gijs will study the consequences of citizenship changes for (sending and receiving) states, the FIFA and football players. He will extensively discuss the influences that these nationality changes have on the public, mediatized debate around nation and national identity.
... Read more 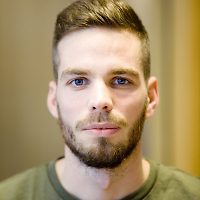 Joost Jansen
Joost Jansen (1988) is a PhD candidate at the Faculty of Social Sciences (Department of Public Administration and Sociology). His research activities specifically cover the sub project that studies athletic migration in the context of the Olympic Games. He holds a masters degree in Sociology. During his studies he developed an academic interest in various issues related to migration. After his studies, he worked as a research assistant. He has written several reports for the OECD and the Ministry of the Interior, for instance on socioeconomic implications of emigration from Baltic States. As an academic teacher, Joost has taught a broad range of courses, varying from advanced statistics to theoretical sociology. In his PhD project Joost focusses on (historically) mapping patterns of migration in the Olympics, which hasnt been done before. Next to merely mapping these patterns, hell also study the implications of athletic migration in the context of the Olympics. Firstly, he will try to relate athletic migration to Olympic performance. Ultimately, his research aims to understand how national identity is negotiated in the context of the Olympics, a globally mediatized spectacle that reflects and reproduces nationalism.
... Read more Jacco Sterkenburg
Jacco van Sterkenburg works as an Associate Professor in the Department of Media & Communication at Erasmus University. He obtained his PhD at the Humanities faculty of Utrecht University in 2011. In addition, Jacco has an MA (Drs.) degree in Psychology at Utrecht University with a specialization in Cross-cultural Psychology. Jacco van Sterkenburgs dissertation Race, Ethnicity and the Sport Media dealt with sport media (re)constructions of race/ethnicity and gender. Before starting at Erasmus University in March 2013, Jacco worked as a researcher and lecturer with the Media and Culture Studies department and the Utrecht School of Governance (both Utrecht University). From 2002 until 2007, he worked as a researcher at the Mulier Institute, a Dutch centre for social science research in sports. For the past years, Jacco van Sterkenburgs research focused in particular on the following topics:
Jaccos research has gained recognition inside and outside academia. This is evident from academic awards, grants and publications in books and peer-refereed journals such as Media Culture & Society, Journal of Sport and Social Issues, International Review for the Sociology of Sport, Soccer & Society and Journal of Multicultural Discourses. He has participated in advisory committees, popular fora, debates, and TV programs. Jaccos teaching focuses on intercultural communication, sociology of sport, media and diversity, audience reception research and theory, politics of representation, and research methods. Currently, Jacco van Sterkenburg is also a Visiting Research Fellow at Mulier Institute, a member of Young Erasmus, and one of the twelve Advisory Board Members of the International Sociology of Sport Association (ISSA) (2016-19).
... Read more 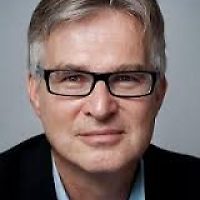 Godfried Engbersen
Godfried Engbersen (1958) is since 1998 professor of Sociology at the Erasmus University of Rotterdam, the Netherlands. His current research activities focus on irregular migration, the relationship between restrictive migration regimes and crime, local and transnational citizenship as well as liquid migration from Central and Eastern Europe. Since 1 September 2014 Godfried is appointed as member of the Dutch Scientific Councel for Government Policy. Moreover, Godfried Engbersen is the Dutch correspondent for the continuous Reporting System on Migration (SOPEMI) of OECD and elected member of the Royal Netherlands Academy of Sciences (KNAW) (since 2007). He was an elected member of the Dutch Advisory Commission on Alien Affairs (2001-2009) and member of the general board of the Amsterdam School for Social Science Research (ASSR).  Engbersen chaired the KNAW committee on the Future of Dutch Sociology (2003-2006) that resulted in the report Working and Living Together. A Future for Dutch Sociology (KNAW, 2006).
... Read more