Peggy Levitt
Peggy Levitt is Chair and Professor of Sociology at Wellesley College and a Senior Research Fellow at Harvard Universitys Weatherhead Center for International Affairs and the Hauser Center for Nonprofit Organizations. She is also the co-director of the Transnational Studies Initiative at Harvard.Her current research examines global citizenship and global social protection. In a world on the move, how are people protected and provided for outside the traditional framework of the nation-state? Where do the values, skills and political agendas come from that enable us to embrace diversity next door and across the globe?

Her new book, Artifacts and Allegiances: How Museums Put the Nation and the World on Display was published by the University of California Press in July of 2015. Publishers Weekly had this to say:
In this diligent international study, Levitt...uses a series of case studies to evaluate how museums are adapting to the new global environment, which is marked by rapid immigration and social change. Levitt sets up some revealing comparisons among institutions. an illuminating study that will be of interest to academics and museum professionals working in the field today.

Her earlier books include Religion on the Edge (Oxford University Press, 2012), God Needs No Passport: Immigrants and the Changing American Religious Landscape (New Press 2007), The Transnational Studies Reader (Routledge 2007), The Changing Face of Home: The Transnational Lives of the Second Generation (Russell Sage 2002), and The Transnational Villagers (UC Press, 2001). She has also edited special volumes of Racial and Ethnic Studies, International Migration Review, Global Networks, Mobilities, and the Journal of Ethnic and Migration Studies. A film based on her work, Art Across Borders, came out in 2009. 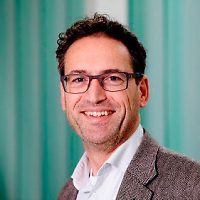 Maarten van Bottenburg
Maarten van Bottenburg is professor of sport management and sport policy at Utrecht University. In 2017 he also holds the Francqui Chair at the Vrije Universiteit Brussels. At Utrecht University, he is Head of Department of the School of Governance and Vice Dean of the Faculty of Law Economics and Governance. He was appointed as professor at this university in 2004. Maarten coordinates Utrecht University's focus area 'Sport & Society'. Prior to his full-time appointment in 2009, he was also lecturer of sport business at Fontys University of Applied Sciences (2004-2009) and research director of the W.J.H. Mulier Institute  a leading centre for research on sports in society in the Netherlands (2002-2006). Before 2002, he was managing director of a private social science research company specialized in matters of sports policy (1992-2002) and attached to the University of Amsterdam and the Amsterdam School for Social Science Research (1988-2002).

As such, Van Bottenburg has been engaged in both academic research and consultancy in the field of sports for over twenty years now. In his academic work he has focused on various themes like the globalization and commercialization of sport, elite sport policy, sports participation trends, the societal meaning of sport, and sport management. His consultancy clients include sports organizations (NOC*NSF, the Royal Dutch Football Association, the Royal Dutch Lawn Tennis Association, the Royal Dutch Athletics Union, and so on), governments (for example the European Commission, Dutch ministries, Dutch municipalities), and private companies (like Nike, Heineken, Rabobank, Ricoh, Univé, and Ernst & Young). In 1994, Van Bottenburg obtained his doctorate in the social sciences cum laude with a thesis on the differential popularization of sports. A revised edition of this doctorate study was published by the University of Illinois Press in 2001, entitled Global Games. Discussing apparently simple questions - such as why soccer is the most popular sport in the world but not in the United States and why the sports pattern of Australia is so much resembling that of Great Britain  this book not only aims to give an explanation for the differential spread and popularization of sports throughout the world, but also a clearer understanding of the genesis of our global culture and of remaining cultural differences.

In addition to this study, Van Bottenburg published numerous books, reports and articles in the field of sports over the years. Among other journals, he published in the American Behavioral Scientist, Leisure Studies, Actes de la Recherche en Sciences Sociales, Journal of Sport History, Journal of Sport Management, Sport Management Review, European Sport Management Quarterly and the International Review for the Sociology of Sport. As excursions outside his main discipline, Van Bottenburg published jubilee volumes of significant Dutch institutions in the realm of labour relations, health care and social security. He was born in Algeria, and brought up in Spain and Britain. He is a citizen of the U.S., New Zealand, and France. He has conducted extensive field research in the Pacific, principally on Nukulaelae Atoll, Tuvalu, where he has spent a total of four years since 1979, as well as Tonga, where he began fieldwork in 1977, shortly after obtaining a BA in Mathematics from the College of Creative Studies at the University of California at Santa Barbara. He obtained a PhD from the University of Southern California in 1986, and an MA from Stanford University in 1981.

Niko Besniers research has received funding from the (U.S.) National Science Foundation (twice), the Marsden Fund of the Royal Society of New Zealand, the Wenner-Gren Foundation (twice), the Harry F. Guggenheim Foundation, the Netherlands Organization for Scientific Research (three times), the Japan Society for the Promotion of Science, and several local funds. He was a member of the Advisory Council of the Wenner-Gren Foundation for Anthropological Research (20082012), the Executive Board of the American Anthropological Association (201214), and the AAAs Task Force in Israel-Palestine (2015). He currently is a member of the Scientific Steering Committee, Laboratoire dexcellence TransferS, École normale supérieure Paris, a member of Executive Committee of the European Association of Social Anthropologists, and a member of the Advisory Board of the Amsterdam Research Centre for Gender and Sexuality. He is editor-in-chief of American Ethnologist. He also serves on the editorial boards of a dozen journals in anthropology, gender & sexuality studies, and linguistics.

In 2011, Niko Besnier was awarded a 5-year Advanced Grant from the European Research Council for a project entitled Globalization, Sports, and the Precarity of Masculinity.  This project began in September 2012, and involves four PhD students and two postdoctoral fellows, who began work in September 2013. See the project website at GLOBALSPORT. Liesbet van Zoonen
Liesbet van Zoonen is professor of Sociology and dean of the Erasmus Graduate School of Social Sciences and the Humanities at Erasmus University Rotterdam.
Professor Van Zoonen joined the department as professor in Popular Culture in March 2009. Previously, she worked at the University of Amsterdam, most recently as head of the Department of Communication, and till December 2015 she was professor in Media and Communication at Loughborough University (UK). She also held various positions at other universities in the world, most notably as professor II at Oslo University, and as visiting professor at the University of the West Indies (Jamaica) and the Hochschüle für Film und Fernsehen (Germany).
Her research covers a wide range of issues in the social sciences and humanities, but all concern the question whether and how popular culture is a relevant resource for civic understanding and social participation. Her work currently is focused on public and individual taboos and desires around identity management; research which is funded by the Engineering and Physical Sciences Research Council of the UK.
Her book Entertaining the citizen: when politics and popular culture converge (Rowman and Littlefield, 2005) received positive reviews in leading international academic journals, and is considered an important innovation in political communication research. She is furthermore internationally known for her work on gender and media (Feminist Media Studies, Sage, 1994), which has been translated into Chinese, French, Portuguese, Serbian and Italian.